The versatile Latex Lucy has it both ways in this kinky roleplay encounter. She starts out semi-dominating Choky Ice in the beginning, having him keep his hands behind his back while she sucks him, and then getting him on his knees to lick her pussy before finally, she spreads wide for his cock. Her submissive nature then asserts itself in this roleplay when David Perry arrives with a change of outfit. She shifts from her femme fatale-like purple latex gown to a brown frilly latex maid’s outfit. David supervises briefly as Choky puts his former "domme" in her place and gets her to lick his shoes and David’s before the two men get her cramming both of their boners into her mouth. They then bend her over and fuck her like the subbie she became once that maid’s outfit is snug around her incredibly curvaceous body.

Somebody to Boss Around with Lucy Heart, Cindy Hope (DDF NETWORK) [MPEG-4] 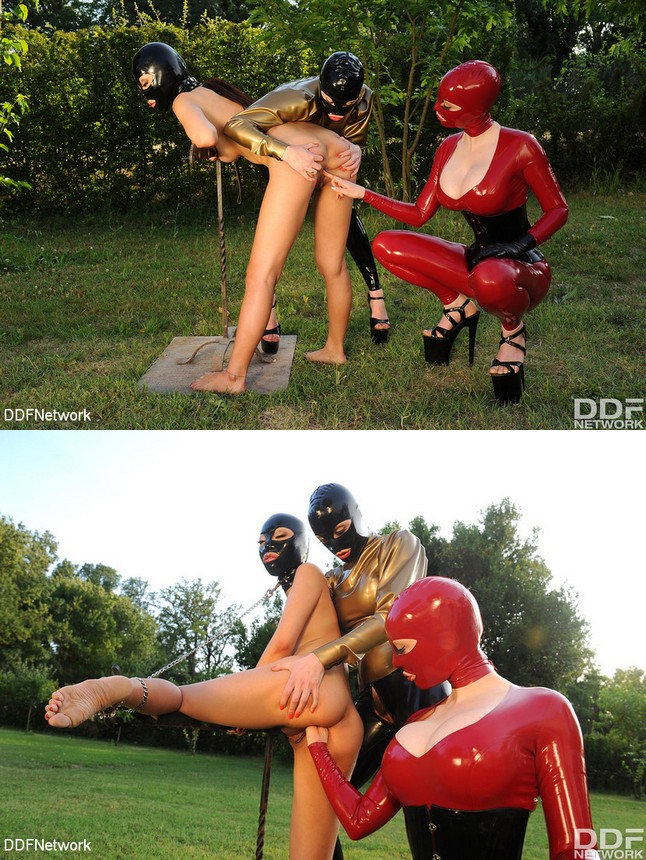